Ocean perch (Acadian redfish) is harvested from the Gulf of Maine and Georges Bank, where it is mainly caught with otter trawls and occasionally hook and line gear.  Ocean perch are doing well in the New England area of the Atlantic Ocean, where estimates of abundance have been increasing in recent years. The stock was declared rebuilt in 2012.

The fishery is unique within the multispecies groundfish complex for several reasons.  Vessel owners that elect to participate in sector-based management agree to additional controls, like weekly monitoring reports, to help catches stay within bounds during the fishing season.  Vessels are accountable for any groundfish bycatch, including juvenile groundfish.  To control for impacts across the species, all groundfish caught are counted against a vessel’s or sector’s allocation. Fishermen follow a number of strict regulations and use modified fishing gear to reduce bycatch of other species. For example, the mesh on trawl nets must be above a minimum size to reduce bycatch of juvenile redfish and non-target species.

The Fishery Improvement Project (FIP) was launched in February 2014 and the first activity was to complete a preliminary assessment of the fishery against the Marine Stewardship Council (MSC) standard. Three gaps were identified. One was the need for better gear selectivity for redfish capture, and was addressed by the REDNET program from 2014-2016.  Two other gaps remain, concerning the distribution of juveniles and habitat in the region.  Deep sea corals are believed to provide juvenile habitat and NOAA completed a multi-year research project on deep sea corals in 2013.  The MSC pre-assessment was updated in early 2016 and new gaps will be addressed by the FIP in coming years.

To reach MSC certification by 2020. 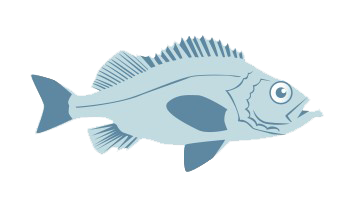